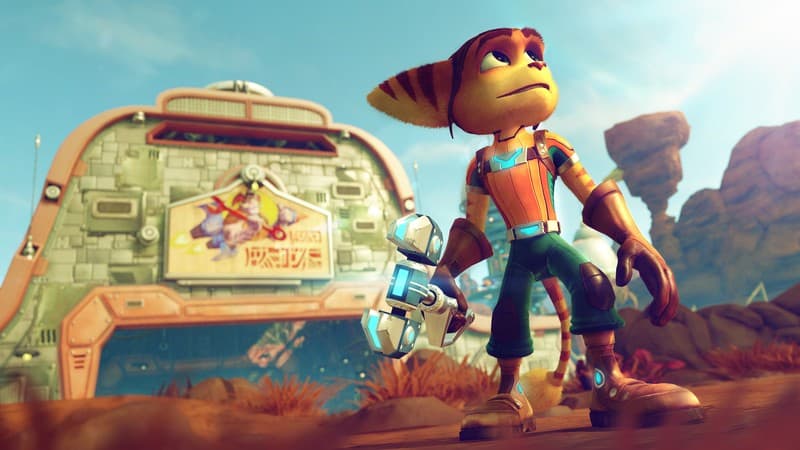 The beginning of a legend. Embark on an incredible adventure that is out of this world…

The well-known duo of Ratchet and Clank are back, this time for the first time on PlayStation 5. This re-release harks back to the original story of Ratchet and Clank. However, it is not just any remaster! With the best elements from the entire Ratchet & Clank collection, a wide range of brand new game elements and impressive visuals, the original storyline is revived.

The story begins when the failed Galactic Ranger Ratchet and the tiny accidentally created robot Clank meet. Together they try to stop the evil Doctor Nefarious and the evil leader Chairman Drek from carrying out their brutal plan to destroy the universe. When they succeed miraculously enough, they are rewarded for doing so and named Galactic Rangers! However, the euphoria is short-lived, because the next challenge is just around the corner. Not happy with the sudden popularity of Ratchet and Clank, Captain Quark, the most legendary Galactic Ranger ever, tries to sabotage their work. Will this dynamic duo manage to get Captain Quark back on their side?

Graphically, the game is indistinguishable from the Ratchet & Clank movie and in terms of core mechanics, developer Insomniac Games remains faithful to the original Ratchet & Clank games. The classic gameplay is enhanced by many new game elements, including challenging boss fights, new flying levels and a real hoverboard race!